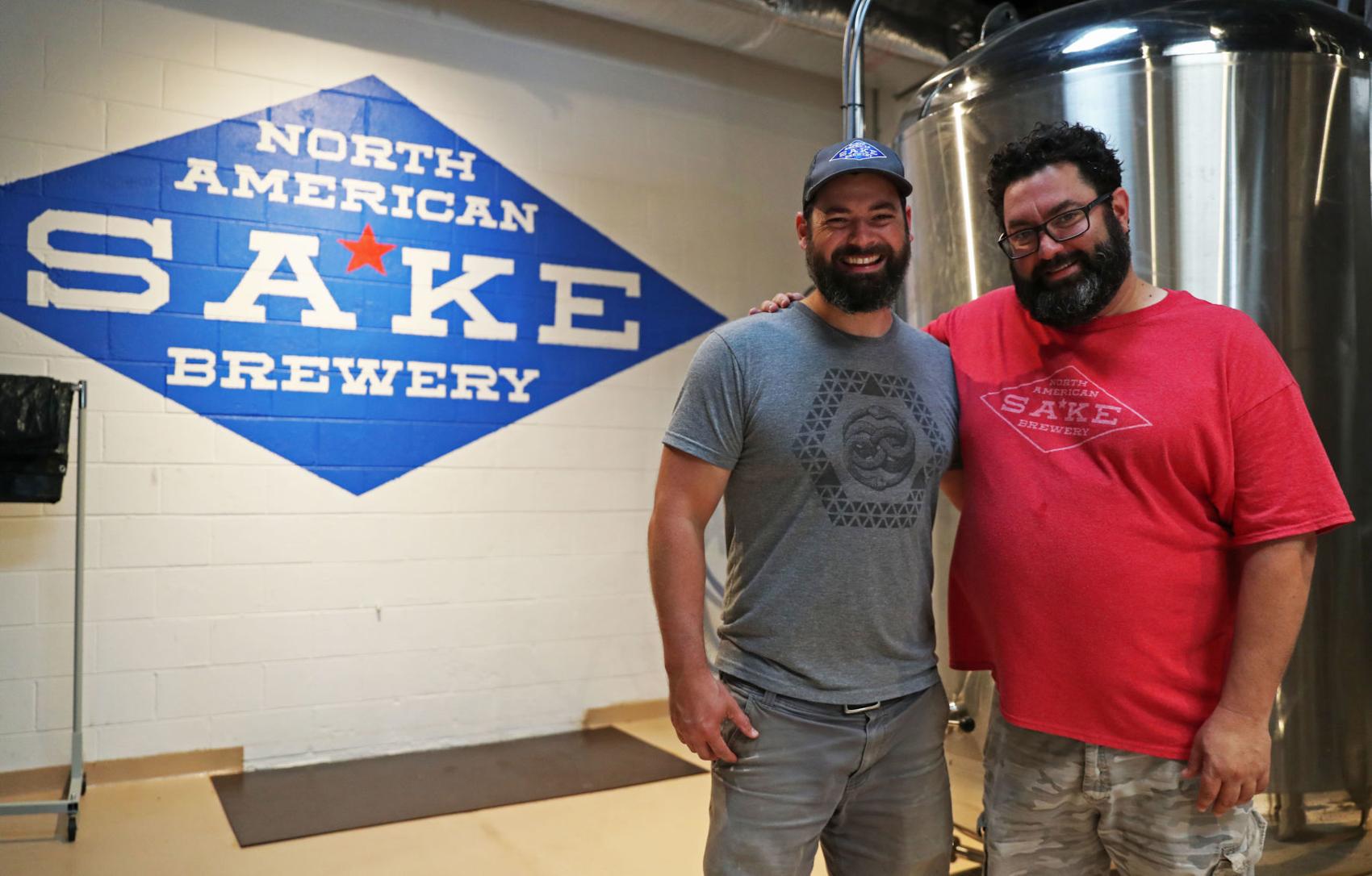 In Charlottesville, it seems the only thing trendier than the tech startup scene is the craft-brew startup scene.

Film writer Jeremy Goldstein and his pal, Andrew Centofante, have given up their careers to go all-in on a truly unique concept for this area: craft-brewed sake.

When it opens sometime in mid-July, North American Sake Brewery will be the first sake brewery in the commonwealth, and one of only a dozen or so throughout the United States. (Update: it opened Aug. 29.)

Although they’re still in the process of building the tasting room and restaurant at Ix Art Park, the brewing operation is in full swing, and the two were nice enough to show me around and talk about what ignited their passion for the ancient Asian alcoholic rice ferment.

Both men are as excited as schoolchildren about the complexity of the drink — so much so, they often talked over one another when describing the brewing process and possible taste profiles.

Goldstein is forgoing his career as a film and television writer and producer, while Centofante is leaving behind his marketing career. Centofante designed the movie poster for Goldstein’s last film, “Hot Air,” which he made with Charlottesville’s Derek Sieg (co-founder of Common House).

Goldstein became a sake “fanatic” after he was introduced to “several” unique ones by a sake sommelier of sorts at a higher-end restaurant in Los Angeles. When he got back to Charlottesville, he couldn’t stop talking about sake, and he mentioned it to Centofante, who was intrigued.

“I became obsessed with trying to understand it and figure out how you make this amazing drink from rice — it’s kind of incredible,” Centofante said. “There aren’t a lot of resources like there are with the vibrant home brewing community for beer, so it took me on a journey that I couldn’t stop.”

At one party, they invited 50 people and served 42 bottles. “Every bottle was gone and we got a standing ovation,” Goldstein said. “To serve it to other people and see them have the same reaction I had was very validating.”  TOP ARTICLES1/2READ MOREVirginia GOP says Dems should donatemoney they got from Northam to national slavery museum

While we spoke, I noticed what looked a bit like a steaming corpse in one corner of the brew floor. A mound on a large gurney-type of table was covered with a dark green tarp. At a set time, the men pulled back the tarp, and a moist sheet beneath it, to reveal a field of steamed rice.

They each spooned a bit of the hot grains into their palms and worked it into a springy ball to make sure it had reached the right consistency.

Koji, whose scientific name is aspergillus oryzae, will help break the rice starches into sugars that can be fermented by yeast and turned into alcohol over the course of a month or so.

The result is a “smooth, light and refreshing” drink — which can be either cold or hot — with 11 percent to 18 percent alcohol by volume, about the same range as wines. If that doesn’t sound like the sake you’ve had at a sushi house, that’s because American sushi houses tend to carry just two or three sakes, Goldstein said. “It’s where beer was in the 1970s — there was Bud, Bud Light or Coors,” he said.

“We’re trying to pull it closer to what you see with the craft beer industry, with interesting flavor profiles, fun names and illustrations, new partners, new styles,” Centofante said.

The restaurant side of the business will feature Asian-American fusion food dreamed up by Peter Robertson, who currently runs the food truck Côte-Rôtie with his wife. The outdoor patio will feature a large cherry blossom tree.

The sake men hope they are not committing harakiri by sacrificing their careers and life savings to start the business (along with undisclosed capital from local investors).

“I liked my life,” Goldstein said. “You don’t do this to pose — this is not for the weak-stomached among us.”