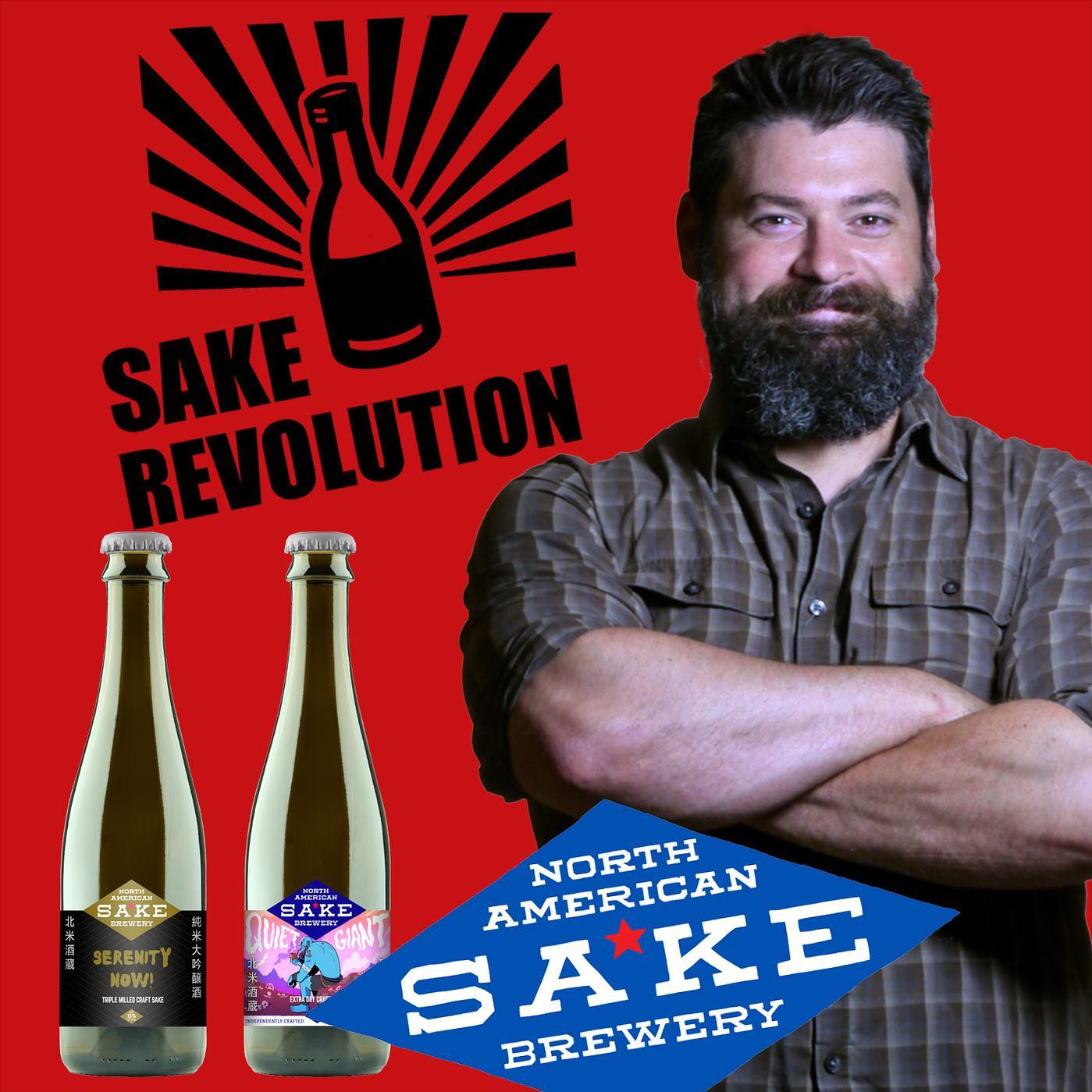 Season 1. Episode 45. Another in our series of U.S. Sake Brewer interviews takes us to Virginia to talk to Andrew Centofante, Toji and Master Brewer of North American Sake Brewery. Andrew told us about his discovery of premium sake in Japan and then, following his home brewing instincts, how he soon found himself propagating koji in his attic and fermenting sake mash low and slow in the basement. By 2018, Andrew was out of the basement and had opened his own brewery – the North American Sake Brewery, which is the first and only kura in Virginia. Taking his cues from the craft brewing industry, Andrew developed some classic but fun sake styles from duper dry to silky super premiums. Today, we had the honor to phone-a-brewer-friend to get a guided tasting with Andrew and explore their “Quiet Giant” Genshu, and the lux “Serenity Now!” Join us as we explore another cool corner of the USA sake scene: North American Sake Brewery with Andrew Centofante.