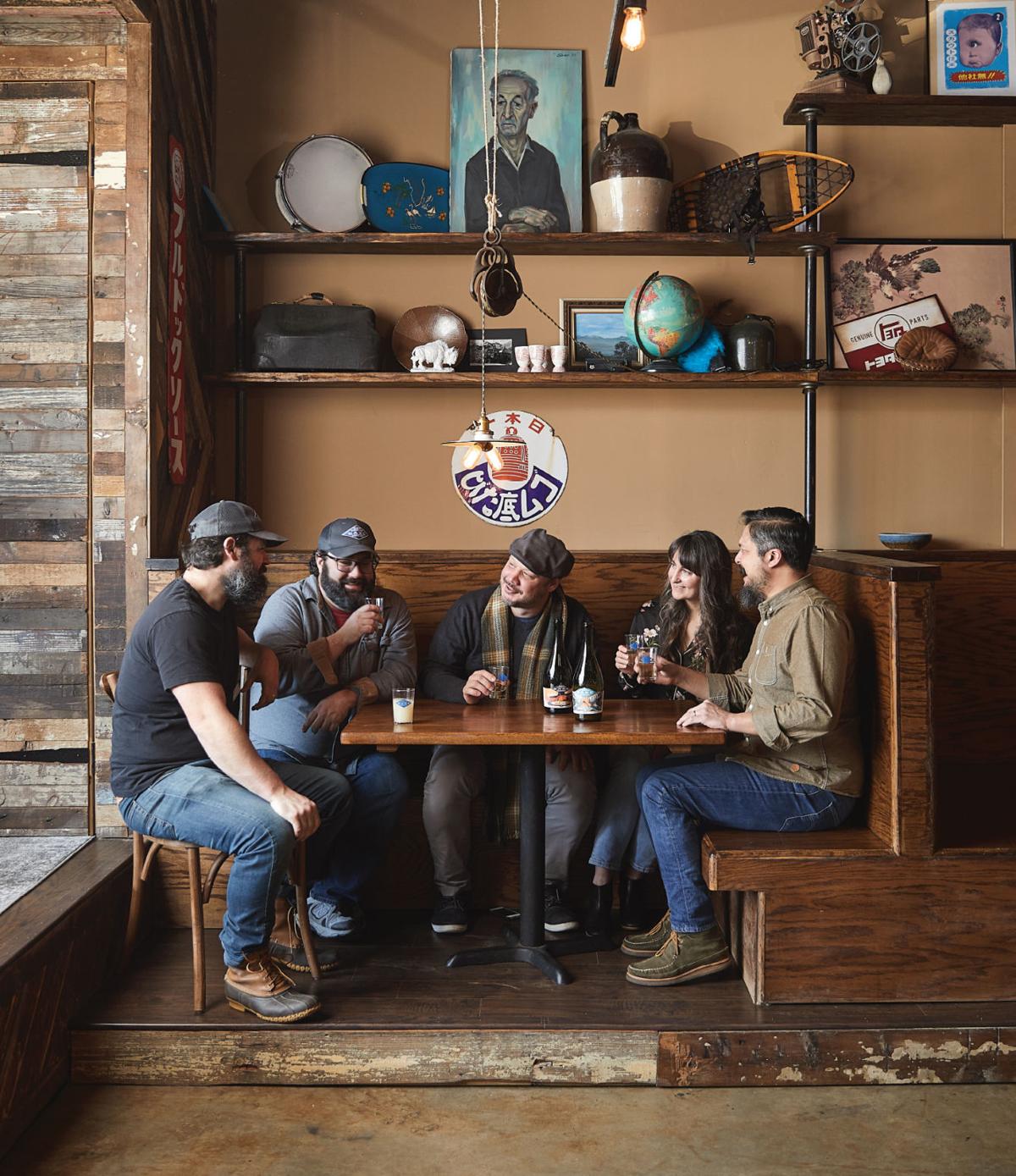 In IX Art Park, a self-consciously hip enclave in Charlottesville with a weekend farmer’s market and more wall art than a New York subway, young couples stream into a sunny, knotted-wood taproom to taste Virginia barbecue and sample flights of inventive craft brews.

“It all happens in parallel,” Centofante says. “It’s a beautiful process.” Rice is religion in Japan – and with sake, it’s no different. The loftiest sake creations, called junmai daiginjo, involve milling down each rice grain for days until only the pure starch core remains: just 50 percent of each grain. The higher the polish on the rice, the more pure and fruity the flavors.

Centofante can talk genshu (undiluted sake) and nama(unpasteurized sake) with the best of them. But you won’t find a lot of the technical sake jargon at North American. The brewpub mixes old-school Japanese craft with American-style experimentalism and approachability – in a taproom whose food menu is an equal mix of American and Asian flavors. Brunch includes deeply comforting Szechuan-spiced biscuits, while lunch might involve salmon and short rib barbecue made by an old-school pit master, deepened with the same koji used to make the sake.

Their other flagship sake, Real Magic, is the same batch of sake after it’s been given a little time to settle, and the difference is startling: The big and fruity banana and melon flavors come out to play. Another traditional- style sake, Quiet Giant, is fermented an extra five days so the sake becomes both more dry and more alcoholic: a whopping 18.5 percent alcohol by volume.