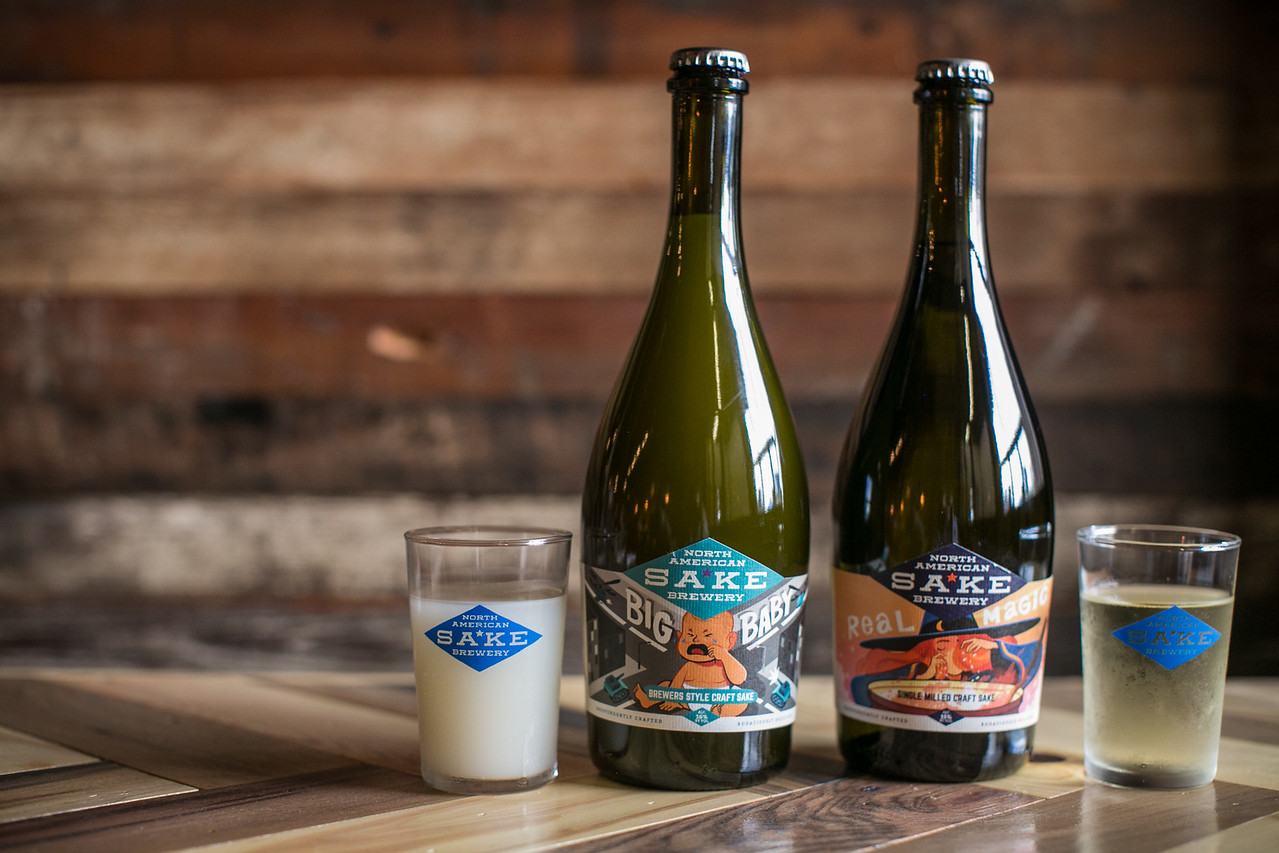 Virginia pioneered much of North America’s wine and beer industry, and now, thanks to the unique craftmanship of Andrew Centofante and Jeremy Goldstein, the Commonwealth is a national leader in Japanese sake. Charlottesville’s North American Sake Brewery is the first of its kind in Virginia and joins only a modicum of others throughout the country.

As is the case for many businesses in the craft beverage industry, North American Sake Brewery began over an evening of indulgent sake consumption and dream building. Goldstein was first introduced to sake a few years ago while celebrating his birthday in Los Angeles. Once he returned to the East Coast, he shared his newfound love for the drink with Centofante and the two became quickly enthralled with the art of sake brewing.

“I started making it in my basement, just brewing batch after batch after batch so I could learn more about its history, its ingredients and the culture behind it,” says Centofante. A few taste tests on friends lead to North American’s two flagship sakes—Big Baby and Real Magic—as well as a permanent brewing space in Charlottesville’s IX Art Park.

One challenge the team faced while experimenting with sake was finding the perfect rice to brew with. Centofante explains that like apples or hops, there is a myriad of rice variations that allow for different flavor profiles in sake. He and Goldstein ultimately settled for white, short grain rice from California and Arkansas that Centofante believes interacts best with sake’s other key component—koji.

Like yeast, koji is a fungus propagated in rice that converts the rice’s starch into sugar. The sugars derived from the rice and koji are then turned into alcohol which can be brewed with an array of herbs, fruits and hops to create any number of sakes running the gamut of sweet and savory to fruity and dry. One of North American Sake’s current releases, Sweet Agony, leans more to the sweet side with tastes of lemon and mint.

The brewery’s flagship sakes, however, showcase two of the beverage’s most common presentations. Centofante and Goldstein describe Big Baby as their cloudy, or unfiltered, flagship. The libation is brewed in traditional Japanese fashion and therefore contains rice particles and remnants of other active ingredients that were not entirely sifted out of the batch. Real Magic, on the other hand, is the brewery’s clear, or filtered, sake. While Real Magic is prepared using a more Americanized method, its smooth texture and hints of melon, strawberry and vanilla are reminiscent of a Japanese junmai grade sake.

Like Big Baby and Real Magic, Goldstein explains that not all sake is made equal. “A lot of people think sake is one hot drink you get in a Japanese restaurant, but the reality is, [sake] is more like beer which you can experiment with [and enjoy] in all types of styles and grades,” says Goldstein.

Other sakes available in the Charlottesville tasting room are Socky, a fruit punch-infused sake, Spicy Vacay with mango, lime leaf and jalapeno and a soon to come sweet sake fermented with the native Virginia pawpaw fruit.

In addition to their rotating taps, North American Sake Brewery features a full-scale restaurant run by Chef Peter Robertson. Originally from New York, Robertson relocated to Central Virginia where he founded one of the region’s most highly acclaimed food trucks, Cotie Rotie. Robertson now runs the brewery’s kitchen and works hand-in-hand with Centofante and Goldstein to create authentic Japanese cuisine with sake at its heart.

The North American Sake team whips up savory bar snacks loaded with nori and furikake to colorful rice bowls and boa sandwiches stuffed with tender meat cured in the brewery’s outdoor smoker. Like sake, much of Japanese cuisine is prepared with koji, including the brewery’s miso soup and koji-crusted lamb ribs embellished with koji sauce, scallions and sesame.

“Most breweries get a food truck or serve your standard burger and fries. We’ve really put in the effort to make sure our whole experience is unique and focused around sake, including the food,” says Goldstein.

While North American Sake is not yet available outside of the tasting room, the brewery does offer to-go bottles.

“Sake is a lot of fun and it’s really delicious,” says Centofante. “I think it’s worth people trying something different and opening their [minds] to what sake might be.”

“It’s a little bit of education and a lot of bit of fun,” adds Goldstein.

North American Sake Brewery is located at 522 2nd St. SE, Charlottesville and is open Tuesday through Friday from 4–11 p.m. and Saturday from 11 a.m.–11 p.m.