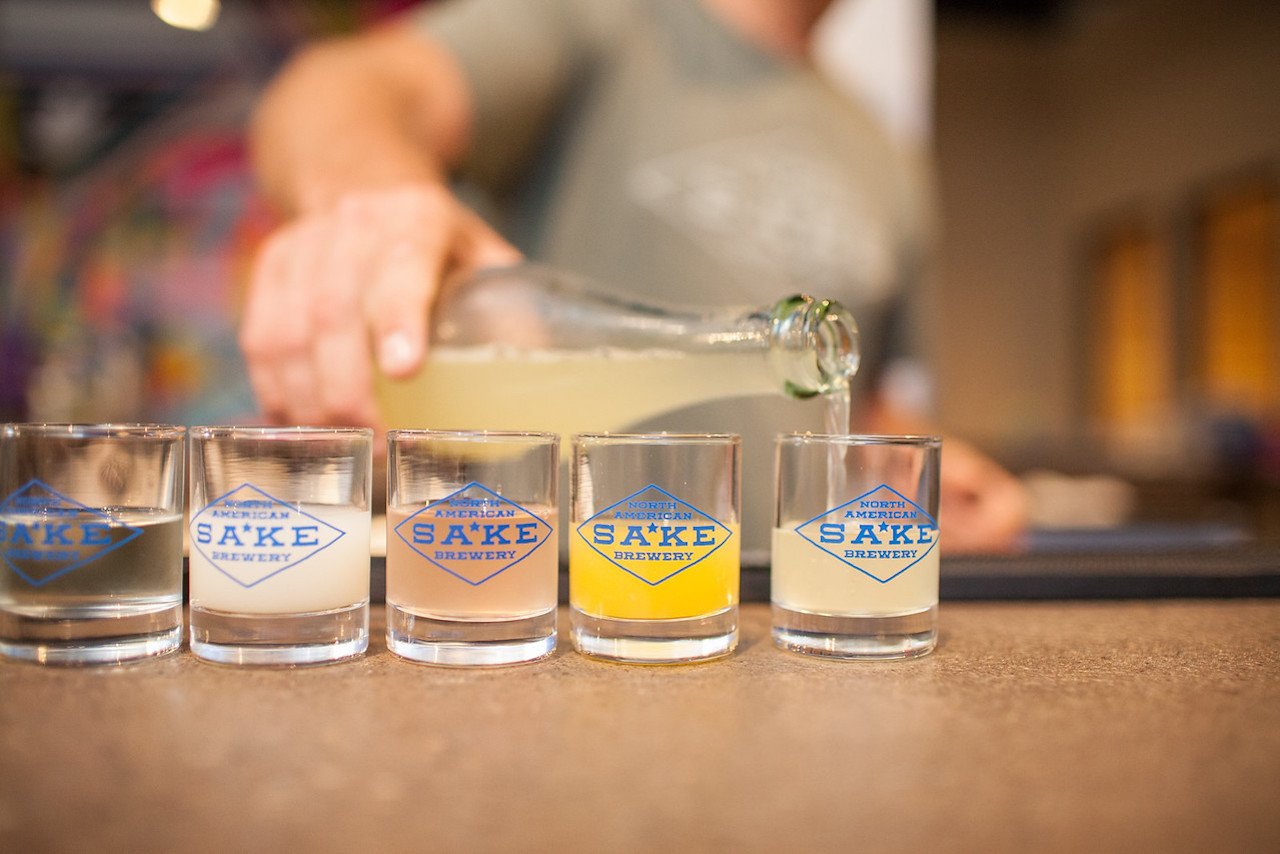 And a lesson in Japanese alcohol.

Room temperature, in a shot glass, at a sushi bar. That’s the way most Americans have experienced sake, a Japanese alcohol made from fermented rice. But the owners of the North American Sake Brewery, which opened in Charlottesville this year, want to change that. “When you have really good, cold, craft sake, it’s just eye opening,” says Jeremy Goldstein, the brewery’s co-founder.

Goldstein and his business partner, Andrew Centofante, have nerd-level know-how about the beverage. That’s necessary, because a big part of their role in opening one of the few craft sake breweries in the country is explaining what the heck it is. “Some people think it’s a spirit or wine or beer, but it’s its own thing,” says Centofante.

Like wine, sake has a high alcohol percentage—11 to 18 percent—but it’s brewed more like beer. The process begins by milling, or “polishing,” the rice to remove proteins and fats that could impact flavor. The extra-starchy grains are fermented in a tank with yeast and water. Other ingredients, such as the umami-infusing koji, are added over 30-plus days until a mushy porridge remains. (The koji, a mold curated onsite in a wood-lined sauna behind the bar, is also used on an extensive menu at the brewery, coating lamb ribs and mushrooms.)

The liquid filtered off that porridge concoction is the brewery’s Big Baby sake, still cloudy with remnants of sugar and starch. The clear Real Magic has those extras filtered out and is the basis for infused offerings like the fruit-punch Socky, the lemon-and-mint Sweet Agony, or the mango-jalapeno Spicy Vacay.

And the owners have only begun to experiment. The goal, says Goldstein, is to give Virginians another alcoholic option while creating a few fanatics in the process. Ultimately, he says, “We want people to fall in love with it like we did.” PourMeOne.com