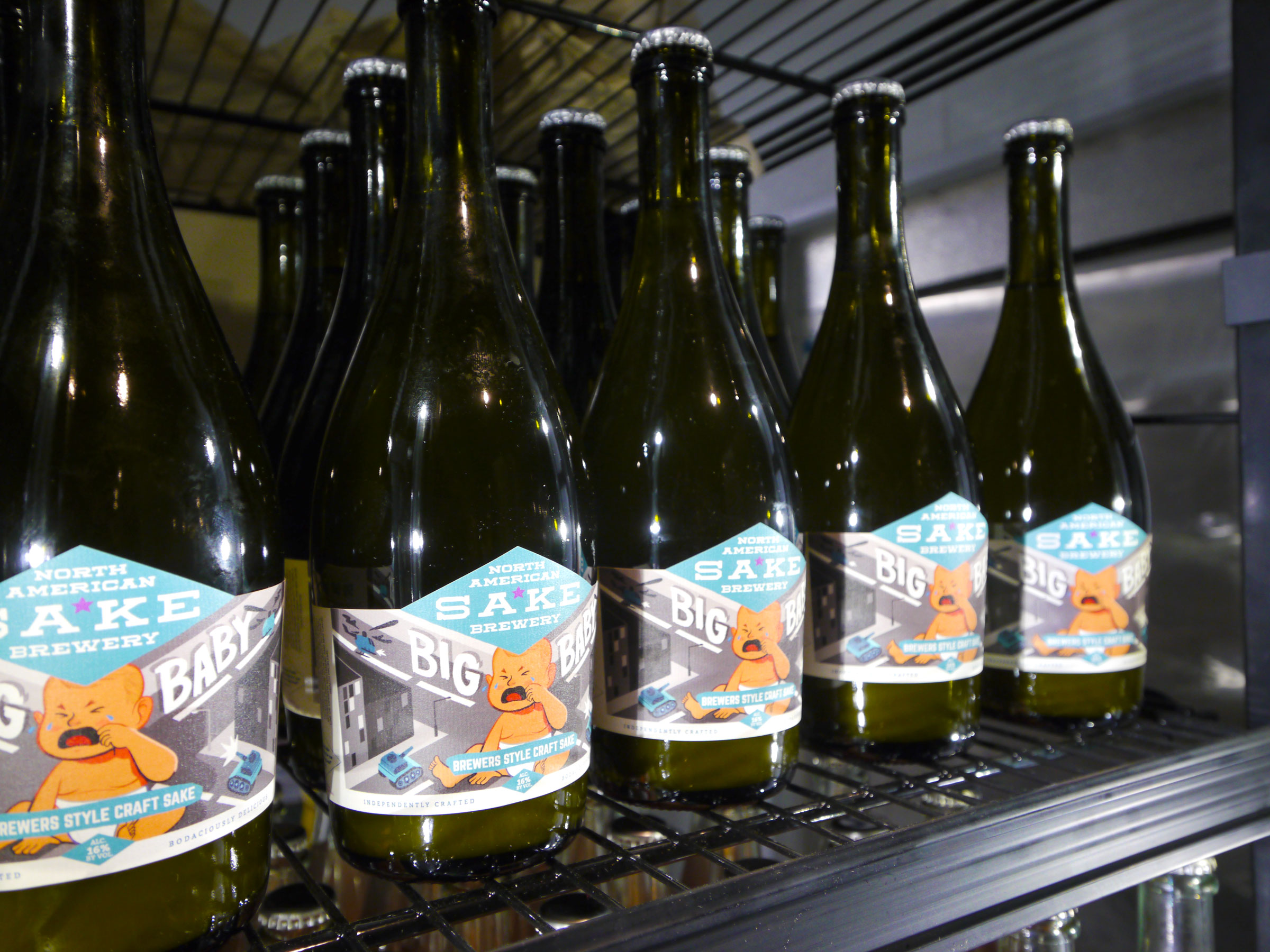 CHARLOTTESVILLE, Va. – North American Sake Brewery (NAS) is distributing bottled sake throughout the Commonwealth of Virginia. North American Sake Brewery, launched in September 2018, is Virginia’s first and only producer of sake, the alcohol made from rice. The brand, co-owned by Jeremy Goldstein and Andrew Centofante, operates a tasting room and brewery in Charlottesville, Virginia.

“This is an exciting time for us,” said Goldstein, the brand’s founder. “We’ve had such a tremendous response to the sake in our own tasting room and brewery, so to be able to go out and take our drink to the rest of Virginia is a real dream for us.”

“These two labels are the heart of what we do,” said Centofante, NAS’s head brewer. “Nearly everything we make is represented in these two sakes, and I know people across Virginia will fall in love withBig Baby and Real Magic just like we have.”

Although it is brewed more like beer, sake is designated as a wine in the Commonwealth, and NAS is using the Virginia Winery Distribution Company (VWDC), a non-profit, non-stock corporation set up by the Virginia Department of Agriculture and Consumer Services to provide wholesale distribution services for Virginia wineries.

Several Virginia restaurants and retailers are already carrying NAS sakes, including Common House, Wine Warehouse and The Virginia Shop in Charlottesville, as well as Planet Wine, Fern Street Gourmet and the Department of Beer and Wine in Alexandria.

North American Sake Brewery (NAS) is Virginia’s first and only sake producer and one of a handful of sake breweries in the United States. Offering a variety of filtered and unfiltered sake brews all made in its Charlottesville headquarters, NAS serves tasting flights, full pours and bottles to go, as well as a full menu from the onsite Asian Smokehouse. For more information, visit NAS at pourmeone.com, and follow on Instagram (@NorthAmericanSake) and Facebook at Facebook.com/NorthAmericanSake. 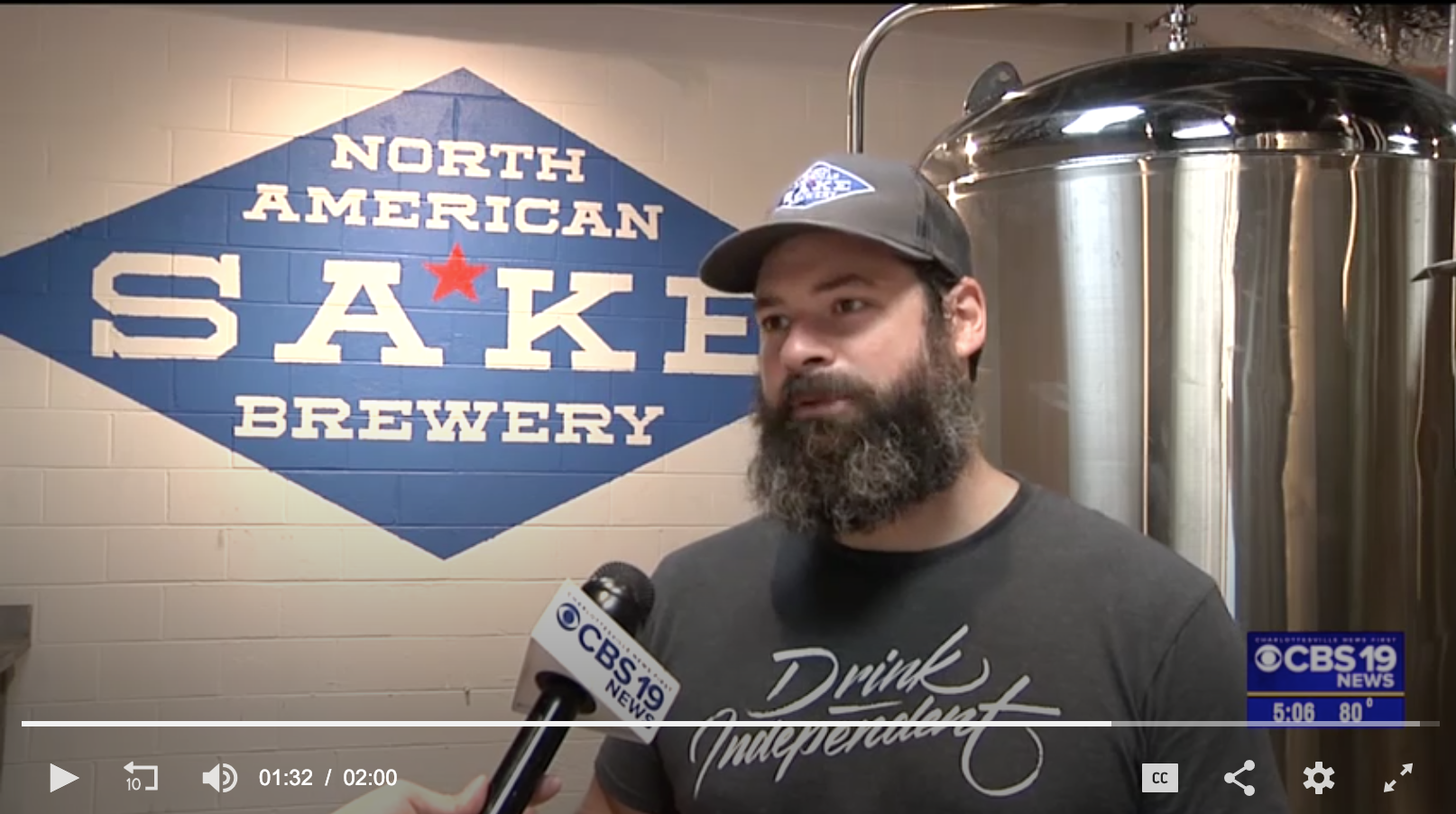 CHARLOTTESVILLE, Va. (CBS19 NEWS) — Virginia’s first producer of sake is coming to the IX Art Park in downtown Charlottesville this summer. The North American Sake Brewery will be one only about a dozen in the country.

Co-owners Jeremy Goldstein and Andrew Centofante have fallen in love with the taste of and crafting of sake and want to share their passion with the public now.

They’ve traveled all over the country and globe before considering opening the North American Sake Brewery in downtown Charlottesville.

Sake can tend to be an afterthought in the alcohol industry in America, and Goldstein and Centofante are both making it their goal to change that view.

“I think that that’s what we hope to do is introduce people to it as something that you can have any time, anywhere,” said Centofante.

He says it’s a beverage that can be enjoyed cold and warm. It can be refreshing in the summer while also warming you up in the winter.

The brewery will also have a restaurant attached that will be serving Asian-inspired dishes for lunch and dinner while also having the sake on tap.