A Big Kanpai from the Ambassador of Japan! - North American Sake Brewery 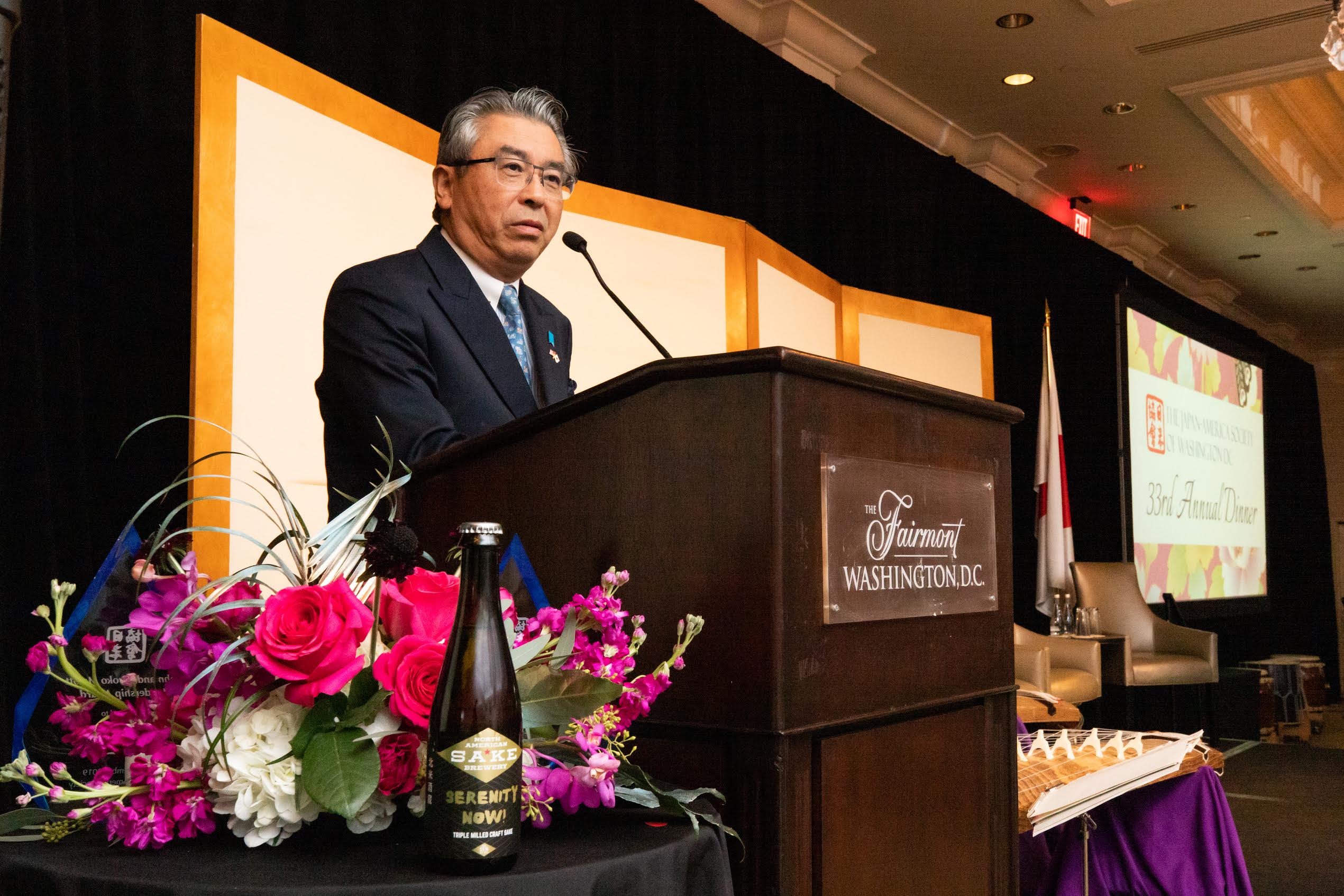 This past November we were invited to pour our sake at the Japan American Society of Washington D.C. (JASWDC) Annual Dinner. The JASWDC is an organization that is was founded in 1957 to help promote friendship and understanding between the US and Japan through a people-to-people organization. We were so excited to go up to D.C. for this special event and show people that good sake can also made in America. I even got dressed up in a suit and tie.

We set up our tasting stand next to Nanbu Bijin, a sake producer from Iwate that makes absolutely fantastic sake and has recently been breaking through in the US market recently. I was a little nervous to be pouring next to such a renowned sake brewery, but was so delighted that everyone who came by and had a sip was surprised and delighted by what they tasted. They were also shocked when I told them it was made locally in Virginia. “Think of us as your neighborhood sake brewery!” I said and someone responded “Virginia jizake!”

After the tasting we went in for the dinner and thats when I saw that our sake had been poured into glasses at every table. The Ambassador of Japan to the United States, Shinsuke J. Sugiyama got up on stage to open the event and announced that we would be doing a cheers featuring North American Sake Brewery’s Serenity Now Junmai Daiginjo! There was an audible gasp, I think at the idea that there was sake being made in Virginia. I was asked to stand up and the crowd broke out in applause. The ambassador then remarked about the work the JASWDC has done over the years to further relations between Japan and the United States. He raised his glass and we all did in turn and drank NAS sake together and said “Kanpai.” What a moment to remember.

Later on Ryan Schaffer, president of the JASWDC remarked “North American Sake Brewery, sake made in America utilizing traditional Japanese methods, exemplifies the cross-cultural connection and friendship between the US and Japan.”

The night went on and during the dinner I found a moment to speak to the ambassador. I presented him with a bottle of Serenity Now and thanked him for such an honor. He was so kind and remarked that his wife will be so excited to try this American made sake.

I got to meet a lot of wonderful people at the event and hope to continue our relationship with the JASWDC into the future with more events and of course sake tastings!