Find Us in Stores All Over Virginia - North American Sake Brewery 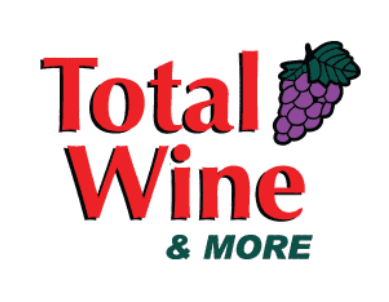 CHARLOTTESVILLE (September 18, 2019) – North American Sake Brewery (NAS) has partnered with Total Wine throughout the State of Virginia to distribute their sake to 15 stores from Mclean and Alexandria to Newport News and Virginia Beach. North American Sake Brewery, launched in September 2018, is Virginia’s first and only producer of sake, the alcohol made from rice. The brand, co-owned by Jeremy Goldstein and Andrew Centofante, operates a tasting room and brewery in Charlottesville, Virginia.

“The deal marks a special day for us and for American-owned sake breweries,” said Goldstein, the brand’s founder. “Total Wine’s commitment to the finest brands in the alcohol world is only second to their commitment to their customers. We are thrilled to be available in the vast majority of their Virginia stores.”

Sake is a specialized category of alcohol for most retailers, and for Total Wine it is no different. However, noticing a significant uptick in overall sake sales, the store plans on placing NAS sakes in both the Sake Section and the Local Section, where customers find boutique and artisanal Virginia-made beverages.

While NAS makes a multitude of craft sakes in-house for their tasting room and restaurant, they started by distributing two traditional styles: a bright, bold, and unfiltered sake called “Big Baby,” and a smooth, crisp, and filtered sake called “Real Magic.” Both will be available in all 15 of the Total Wine stores.

“These two labels are the heart of what we do,” said Centofante, NAS’s head brewer. “Nearly everything we make is represented in these two sakes, and I know people across Virginia will fall in love with Big Baby and Real Magic just like we have.”

Although it’s brewed more like beer, sake is designated as a wine in the Commonwealth, and NAS uses the Virginia Winery Distribution Company (VWDC), a non-profit, non-stock corporation set up by the Virginia Department of Agriculture and Consumer Services to provide wholesale distribution services for Virginia wineries.

“We’ve already had talks with Total Wine about expanding throughout the Mid-Atlantic and beyond,” continued Centofante. “We’ve talked with several distributors, and will continue to vet them as we look towards the next 12 months of production and distribution. It’s an exciting time of growth for us and for sake in America!”